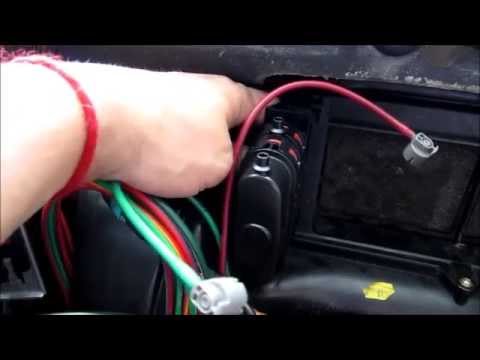 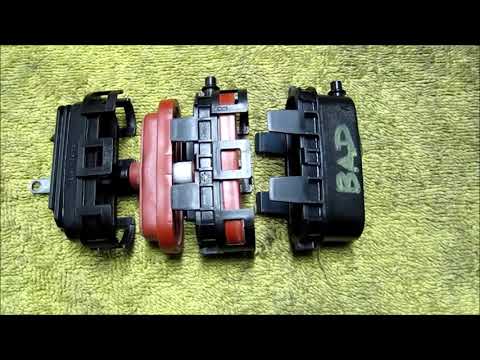 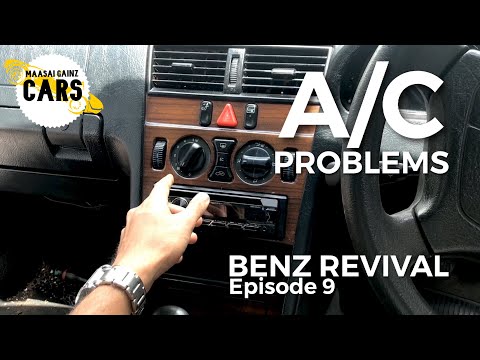 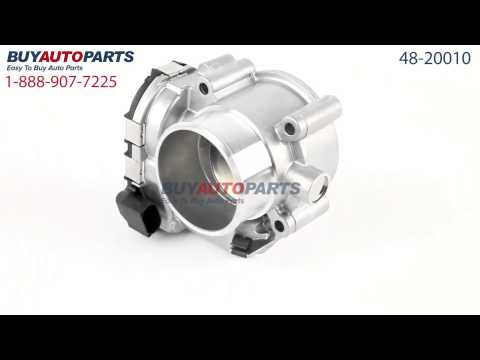 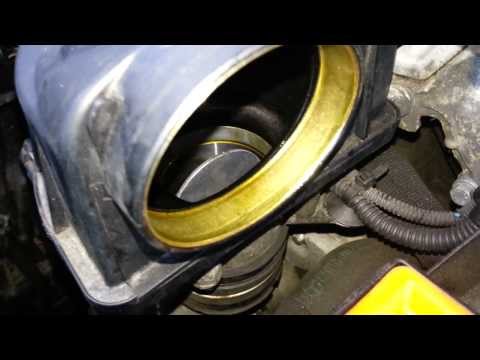 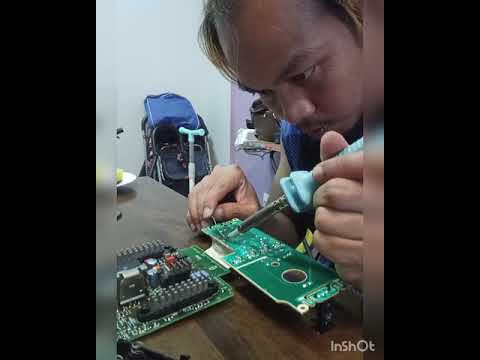 Today's video will be related to troubleshooting vacuum problems with your HVAC system or climate control system. And along the way also I'll be looking at solving one problem that have been chasing for a while and that was excessive fogging.

Inside the car as I've mentioned fogging I finally found out what the problem. For water was and apparently this flap doesn't move as it should I replaced this vacuum actuator a while.

Broke so you can see that in in this position the flap got moved forward. Which means it closed the fresh air intake!

And this side is relating a position because. You can see the fan is inside?

So it draws air through this opening from the cab now theoretically now I still have.

Vacuum so if I release the vacuum. And goes to zero this flap has to close which means closed the recirculating side but it's not moving? It just stays in the same position and that's the reason why you need a return spring on on this flap that.

It's clearly you can see that it's broken on my car I got my spare parts I also sort of found. The spring that I've modified and I've installed it in a mekinese movie this is how this mechanism supposed.

To work you apply vacuum and it goes into a recirculating mode when you release vacuum the spring: Pulls it back to fresh air intake. Mode and it looks like in order for me to get to that mechanism for the fresh recirculating air flap I need to remove this housing.

That contains that flap so the housing itself has four little screws holding it down there's one here you can see one on the side there!

And there's one in the front and one on this side and again. In order to get there I need somehow? To free this whole big heater housing assembly. 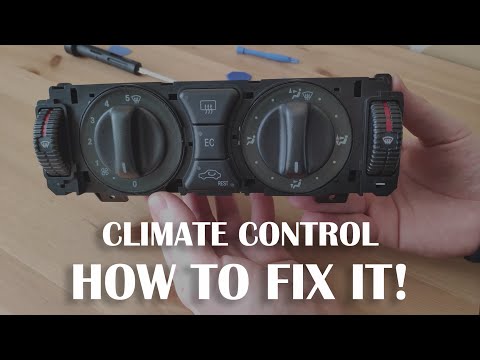 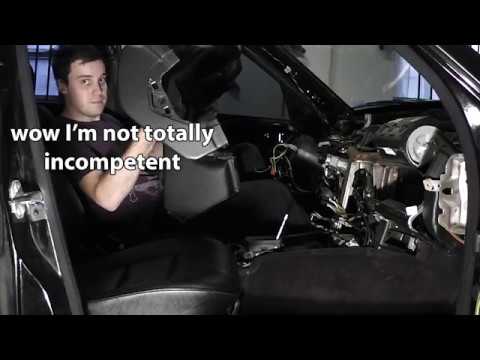 So I need to be able to move. It a little bit in order to get to those screws. So to do that it looks like I need to remove this crossbar that runs from the right hand.

Side of the vehicle all the way to the left side so I started disassembling. On the right side and to do that so we have three nuts holding so one here one over here one is up here.

To loosen this you need to loosen this bolt and then let's see when you look when I loosen. The bolt I can move this bar away so now this side is kind of a free plot there's two bolts on this over here and down!

Here holding this whole bar to the frame so now moving to the left side now this is just for the record so I can assemble it all back. This wire runs behind this and it's just on top of this bar this two wires they're gonna be on top and later.

I'm gonna drop them down in behind over here so this one runs to the light. In the glove compartment and this green plug runs to the switchover manifold so goes behind?

Now that's all there this is nothing:

Here okay in this now this cluster or this. Bunch of switches so the wires run on top okay and then this. Wires this is all on the bottom and that's come from.

I need to remove there are two knots holding from the back where. Is this little plate okay so there's.

The plate over here so there's one knot on this side and there's. Another knot over here let's see if I can all right so it's somewhere here so then the bottom.

Of the steering wheel will be free and I need to move over you need? To move over and remove two bolts holding the top there's one here and one here so that will free the steering: 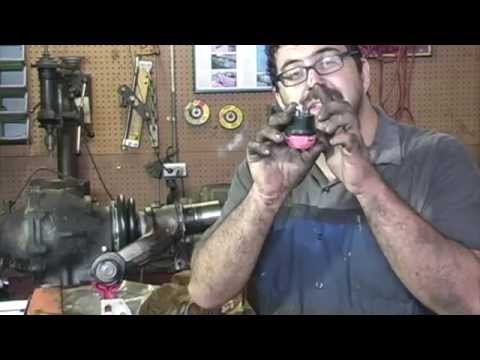 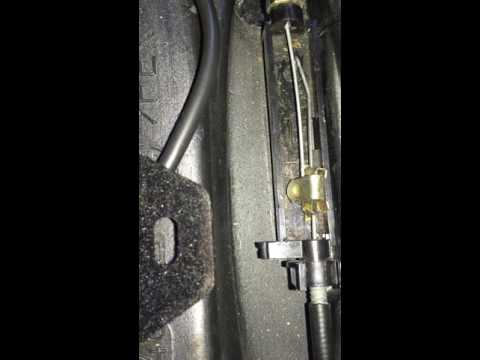 Column so let's do this alright so the string column. Is down I left this back I removed the nuts but I left the student call them engaged and just dropped it down off here so it's kind.

Of a hanging there I'm not sure what's holding it just making sure that there's no wires stretched or anything. So next I think I need to remove this ground because they are quite short so I'm gonna pull these. Grounds off and leave them hanging all right so I've removed the bolts on the left.

And remove the two bolts on top so now this bar is kind of a loose and I was able just!

To slide just a bit this housing to get to this bolt on the. Side and I used this small tool!

To get the screw out so what I have left there's. Two more screws one on the left and ones in the front so let's see how I can get to those screws without removing this. Whole thing alright so next just to give me a little.

Bit more room to push this housing. Down I try to remove this air duct so to remove it just lift the carpet and you'll! See there's a screw holding it here so remove this screw then slide this duct forward and then you'll.

Be able to slide it down kind of such motion and take it out alright guys so I continue.

My path of destruction and so what I've done I removed the carpet and there's?

Three plastic nuts holding this plate over there so I put it down trying to get behind. To the screw that's in the front of this now by pushing.

It out a little bit I was. Able to get access to the side so I took out this: Screw so all I have now is just one one screw that's holding!

It in the front and I'll be working to get to that screw and I guess that's half.

Of a problem because after I take it out I still need to figure out how do I assemble. Everything back how do I put all the screws back so that's the pile of parts. That I've taken off so far well guys I just couldn't get to that screw in the front so I don't know. 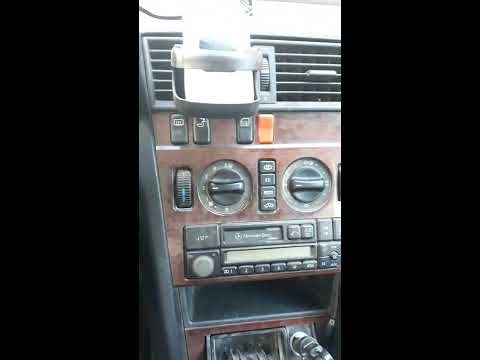 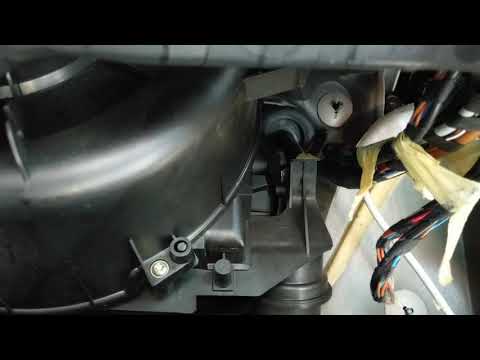 What else to do nothing that I've tried. Works so far so I guess I'm gonna go to plan B all right so this is Plan B I removed.

Everything from here there's like a rain tray the wiper.

Motor and everything just to get to this corner.

This hole theoretically shouldn't leak in because there's.

A rain tray here so there should be ok same same with this one like there's a hole over here and it's? Not covered so there shouldn't be any water in this compartment because give? Those hoses in here so it not hoses there's a wire harnesses and.

Stuff like that so let's do this I'm gonna try and locate that: Head of the screw and I'm gonna drill the hole all right so what I've done I've measured the distance I measured.

The opening so that's about two hundred! And ten millimeters and I've marked 105 millimeters over here and then I used my tape and I inserted the.

Tape behind here and I kind of put my fingers? In where I can feel the screw and.

I measured the distance on this side so I got about 65 millimeters from the edge here. So now we've drilled a smaller hole? And then with the bigger size can't remember what's the the other size maybe 1/8 or 3/16 all right so I got the hole.

Drilled I got it up to 31 64 basically the! Next size is going to be 1/2 inch I just want to try and see how this plugs gonna? 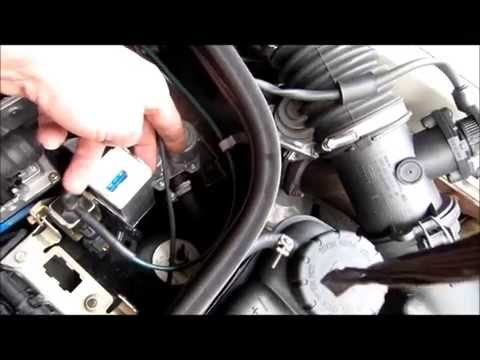 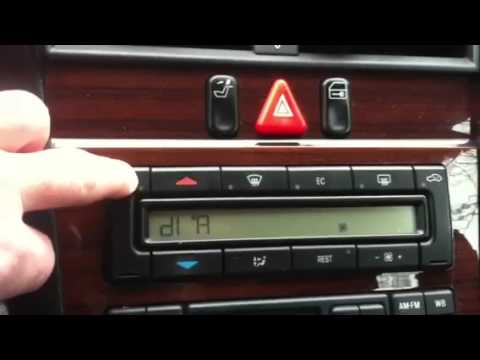 Fit and I'm not sure if I can line.

Up the camera but you can see there there's. A head of the screw right there so it could have been just a hair to the left but I think I can still.

See it and I can still get to the screw all right so 13 34th didn't quite fit the: Plug so I've opened up the hole to 1/2 inch and I cleaned.

Up the edges and the plug just went in nicely. So it's nice and snug and I assume if I put some. If I'm gonna put some sealant that should be sitting there pretty:

Good all right so I was able to unscrew that little screw and then using!

A magnet just fish it out so moment of truth let's go around. And see if I can pull off that housing all right so isn't that awesome because now I got the housing out and you see that.

Was the screw in the back that was holding. All right so now I can get to that mechanism and I can repair it so taking off this mechanism is fairly simple there's. Three screws there's one two three so this one's I managed to get.

Well this thing was inside but this one was a problem so now I can just take this one off and this mechanism! See it comes off okay now I kind of a guy's promised you to show.

This bring the gear over swing this up take it off then you swing the gear back you see there's a wider gear over here? You bring it to this but in this position you flip it over let me get the screwdriver.

Okay so now you insert the screwdriver over here you push it back at the same time the same time you have to push the gear? Out see if I can do it with my hand yeah almost so then you turn? It over in this position and the gear comes.

Off okay now this gear just slides off now if you flip it over! See if I get kind of a better.

Light so now this is the post where the spring get attached. And if you see normally when people design something like that that would. Make round post just like on the back over here and the reason. 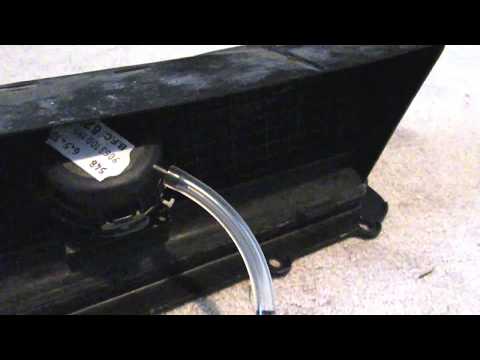 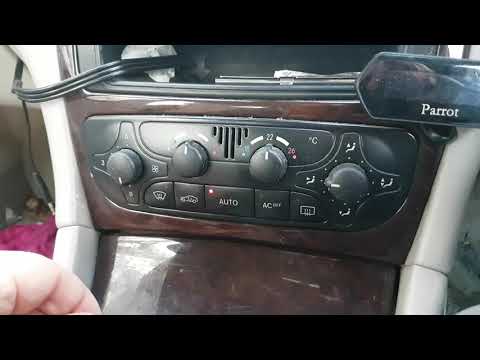 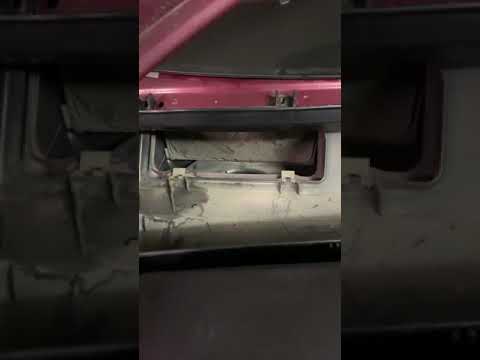 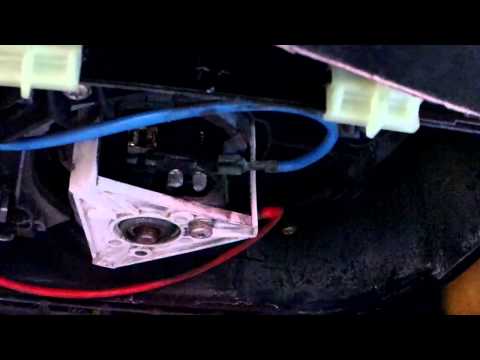